President Akufo-Addo swiftly named the Vice President as his running mate when he filed his nomination to contest for President again earlier this year, and as the sole candidate for the NPP, the party officially acclaimed him and his running mate at a special conference in Accra on Saturday.

Speaking after the acclamation and his nomination, Dr Bawumia said he was honoured by his historic fourth successive nomination as running mate by President Akufo-Addo.

“I thank the Almighty Allah for this historic day. I want to express my profound gratitude and appreciation to H.E. the President, Nana Addo Dankwa Akufo-Addo, for the honour of reaching out again to select me for the fourth time to serve as his running mate, and Insha-Allah, again as his Vice-President of the Republic, in his second term as President of the Republic,” said Dr Bawumia in his acceptance speech.

“This day is historic because it has never happened in the history of our country that a Presidential candidate will select the same running mate four times in a row! The president selected me in 2008, 2012, 2016 and now in 2020!”

While expressing his utmost gratitude to President Akufo-Addo for the resolute confidence he has in him, Dr Bawumia also extolled the leadership qualities of the President.

“Ladies and Gentlemen, this (commitment) tells you about the man Nana Addo Dankwa Akufo-Addo. He is a strong leader, a caring leader, a God-fearing leader, a trustworthy leader, and a consistent leader.” 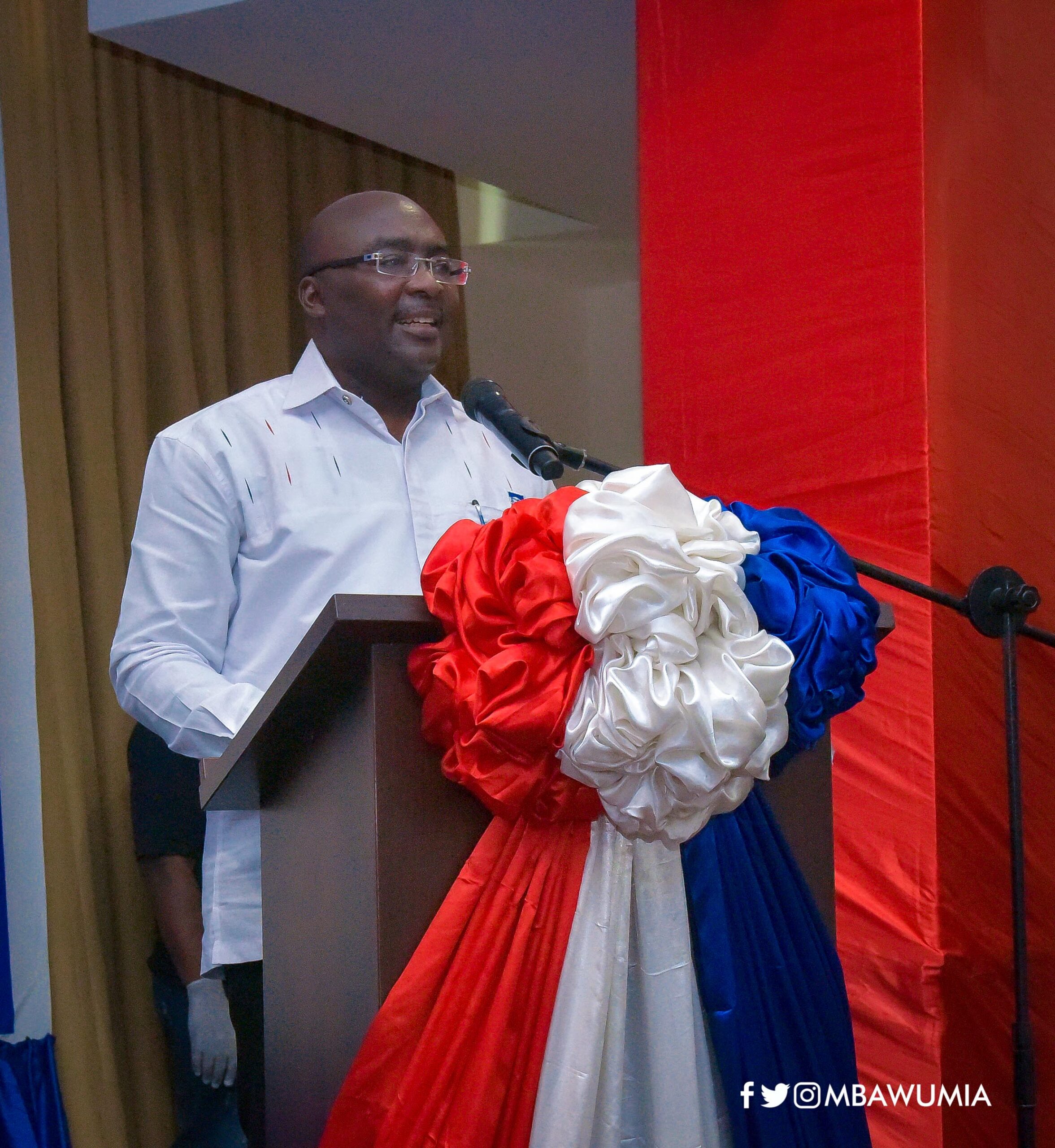 “He could have easily dropped me in 2012 and 2016 but he stuck with me and I am so honoured that he did and so eternally grateful. I would never take the trust and loyalty he has reposed in me for granted and will continue to do everything in my capacity to support him in the execution of his mandate as President. Mr President, it has been a privilege working for you all these years and I thank you for giving me the opportunity.  God Bless you.”

The Vice President was confident his 4th successive selection as running mate to President would symbolically manifest in another 4-year term to do more for the people of Ghana.

“Mr President, you have chosen me for the fourth time, and Insha Allah the people of Ghana will give you for four more to do more,” Dr Bawumia said confidently.

A call to serve

“Mr Chairman I share the view of President Nana Akufo Addo that politics is a call to service. It is about serving your country and delivering concrete results that improve on the welfare of your fellow citizens with selflessness, dedication, honesty, transparency and with the utmost integrity. I believe that an opportunity to serve Ghana is an opportunity and a privilege to serve all of Ghana, regardless of ethnicity, gender, religion, education, income, etc,” the Vice President noted.

Dr Bawumia thanked members of the party at all levels for their continued confidence in his nominations, qs well as his family for their support.

Dr Bawumia, while declaring his readiness to continue his partnership with President Akufo-Addo, urged party faithful to collectively join for the task ahead and keep the vision of the party alive.

“Mr Chairman, it is our collective responsibility, as members of the great Kukrudu family and as Ghanaians, to ensure that the sacrifices of these great men and women have not been in vain.”

“I am therefore acutely aware of the sacred responsibility that has once again been entrusted in me by the President Nana Addo Dankwa Akufo-Addo and our Great Party. It is a responsibility I will execute with the utmost integrity, respect for our elders, members of our party and members of other political parties.”

Want to submit a story or pitch?

You can submit articles for publication through our email (teosagoe@gmail.com) or on Whatsapp +233 570048175.