The National Executives of the opposition National Democratic Congress (NDC) were in Kyebi in the Eastern Region on Thursday, together with the Ashanti Regional Secretary of the party, Mr  Kwame Zu, to apologise to the Okyenhene and Okyeman.

Following that, the Akyem Abuakwa Traditional Council accepted the apology and lifted the ban on the activities of the NDC in the area.

The traditional council imposed a ban on the NDC following an unsavoury remark against the Okyenhene Osagyefuo Amoatia Ofori Panin II by the Ashanti Regional Secretary of the NDC, Mr Kwame Zu, during an anti-government protest in Kumasi, about four months ago.

Subsequently, the traditional council banned the NDC in all the 940 communities in Okyeman. 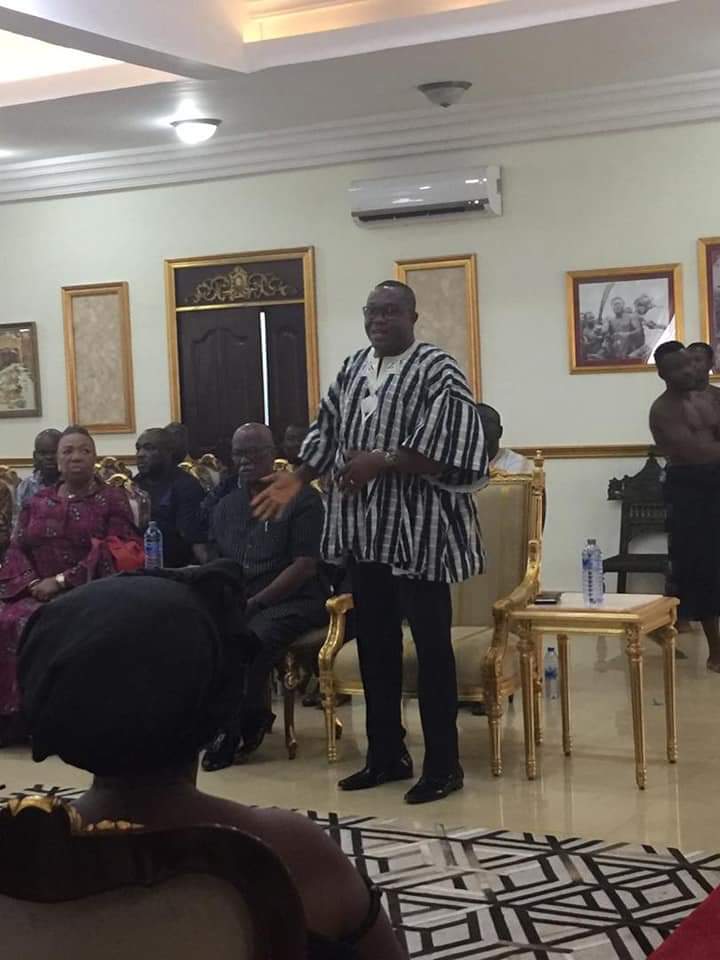 Graphic Online’s George Folley reports that at a meeting in Kyebi on Thursday, the leadership of the NDC led by its national chairman, Mr Samuel Ofosu Ampofo through the Gyantoahene, Barima Kofi Agyei Twene, pleaded for mitigation from the council.

Other members of the delegation were Mrs Betty Mould Iddrisu and Ambassador Victor Smith.

After a closed-door meeting earlier, Mr Zu in the company of leadership of the party was led outside where libation was poured and a ram slaughtered to revoke curses made against him on September 23, 2019, after a demonstration in Kyebi.

An attempt to hang the ram by some irate youth was however resisted by the NDC delegation.

After a back and forth discussion, Mr Zu was fined 98 rams and 98 cartons of Schnapps. However, this was reduced to 48 apiece.

Osagyefuo Amoatia Ofori Panin who was not at the meeting after consultation with some members of the council waived off the fine bringing much relief to the NDC leaders.

Advising Mr Zu, the Okyenhene through his chief linguist  Okyeame  Barima Kodwo Antwi Boasiako, described the comments of Mr Zu as unacceptable hence the decision of the council to ban the activities of the NDC in the area.

He said the party can now campaign in the traditional area and that Mr Zu should go and sin no more. 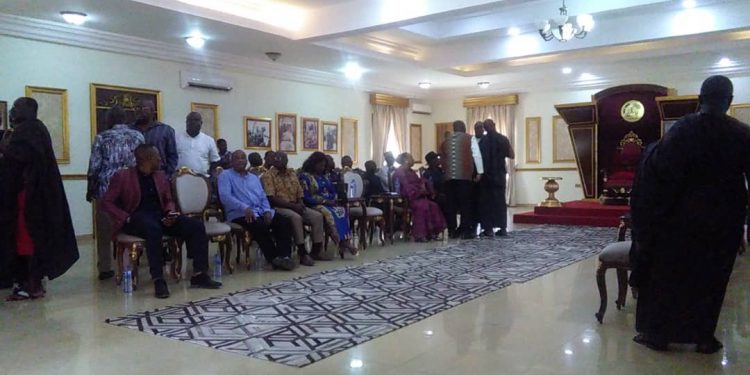 He used the opportunity to invite the NDC to his 20th-anniversary durbar slated for December 14, 2019, at Kyebi.

For his part, the National Chairman of the NDC, Mr Ofosu Ampofo thanked the council for its magnanimity and gave the assurance that such an unfortunate incident would not happen again.

He said the NDC would be fully represented on December 14, to pay homage to Osagyefuo Amoatia Ofori Panin II.

After the meeting, Mr Zu was whisked away by the police through a back door to avoid being attacked by a charged crowd gathered at the forecourt of the Ofori Panin Palace. 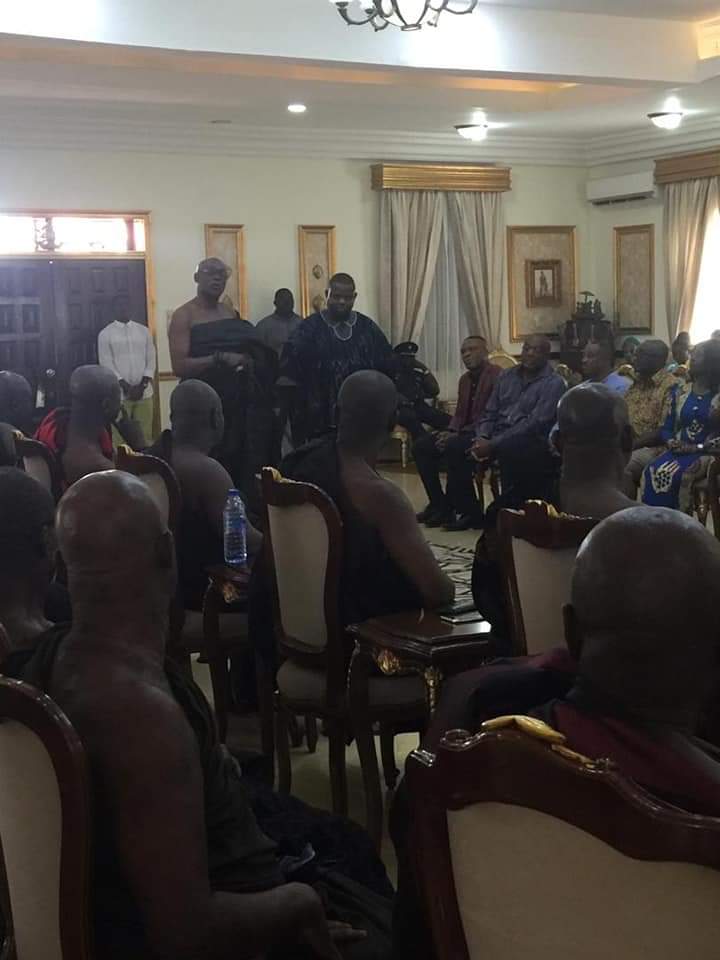 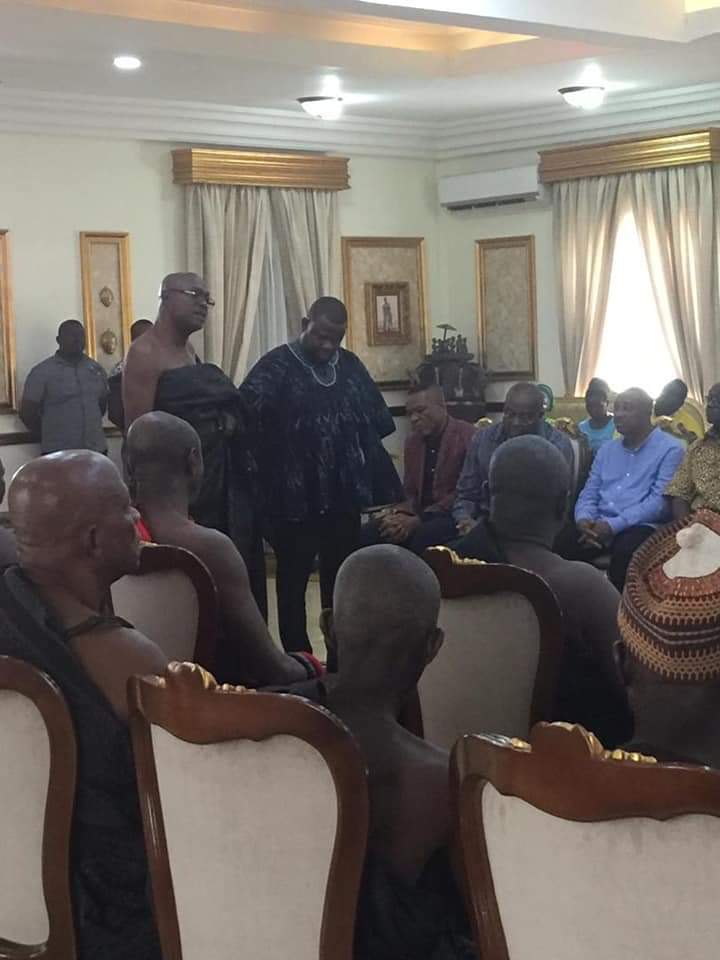